John flightpath wrote: ↑
Tue Aug 06, 2019 9:54 pm
Personally speaking I only got into DSLR about 4 years ago so I think I'll be sticking with it. I don't want to be doing with the upheaval of changing the system all over again. Quite happy with the kit i've got.

Then stick with it but everything IS going mirrorless - rumours are that Nikon are stopping production on ALL models of DSLR other than mirrorless imminently and Canon will be doing the same.

Expect Nikon to announce new DX models of mirrorless bodies in the next few months (before year end).

Also a lot of perceptions out there over EVFs are unfounded and simply not true, the tech has moved on - a LOT These ARE the future

I don't doubt mirroless is the future. Based upon my own experience and priorities I do not see it as that big a deal. Choice is a wonderful thing and not everyone wants to be on the bleeding edge of technology, with typical associated premium cost, immature feature sets and technological limitations. Personally I am more interested in "global shutter" technology and when that starts appearing in mainstream ILCs. I will admit liking shooting with an MILC indoors, for the benefit of an EVF with its WYSIWYG exposure view. But until there are more optimised for sports/action use, I just don't foresee the imminent and sudden replacement of the DSLR, despite as many rumours as you like.

Nikon will go mainly mirrorless mainly because there internals are mainly Sony. Reason you are seeing Nikon with in built stabilisation just like Sony.

Whatever Sony bring out, you can be sure 2 or 3 years later it will be in a Nikon.
Top

So my 5 year old Sony a6000 with its 179 auto focus points covering most of the sensor and 11 frames per second and is not optimised for sports/action or even photographing aeroplanes then?.

So my 5 year old Sony a6000 with its 179 auto focus points covering most of the sensor and 11 frames per second and is not optimised for sports/action or even photographing aeroplanes then?.
https://www.sony.co.uk/electronics/4d-f ... a-settings
Brian

I did not specify which cameras I consider optimised or not, as I consider that depends upon personal requirements and priorities, just that there needs to be more. So I am not sure the relevance of my opinion on your specific camera.

I've been shooting with Canon (or canon compatible) equipment for about 25 years. Always hankered after an AT-1 back in the day. My Canon journey started with a 50e in 1995 ish, went digital in 2004 with a 10D, and have owned 20D and 50D since. Invested in L series glass in about 2005 and bought the 50D when the 60D came out (2011?) so prices of new 50D's dropped significantly. Haven't bought anything since. Going to 60D/80D meant different batteries which is a PITA on the road if you have to keep 2 different sorts charged. However, with an upcoming trip to the states I've been looking around for an upgrade for about 6 months.

I was waiting/hoping for a 7DMk3, for a couple of reasons. If the Mk3 were to be a brilliant improvement on the Mk2 then I'd get one. If not I'd get an end of line Mk2 when the prices dropped. However, all the rumours are now that there isn't going to be a Mk3, at least in my timeframe. Web rumors are that the 7D line is going to be phased out completely, probably in favour of these new fangled mirror-less things. There *might* be a 90D later this year, but the next semi-pro body seems likely to be a mirror-less equivalent to the 7D.

My problem then is the mirror-less cameras have a different lens mount, so my L glass is useless. Replacing £5K worth of perfectly good lenses isn't going to happen, and even if I wanted to, the range of available L glass for mirror-less is currently limited to fully Pro stuff costing mega bucks, weighing a ton and basically not Ryanair compatible.

Prices for new 7DMk2's have recently dropped - you can get them for around £900 now - which suggests to me that Canon are starting to sell off the last of their stock. Why? Either a replacement is imminent or they're dropping the line. Your guess is as good as mine though. Anyway, over the weekend I pressed the button, and my new 7DMk2 should be with me this week. A couple of spare batteries and some faster memory cards off eBay and I'm set for another 10 years. By which time we'll only have drones to photograph, and I'll be able to bore young'uns with endless "I remember when" stories, and arguing with Ryanair staff about taking my zimmer frame on board with me :-)
Top

Not strictly true, people have been using EF mount lenses, with various adaptors, on various brand MILCs for a few years. Canon have mount adaptors for EF to their own MILC mounts; which do not seem to lose any lens functionality. If nothing else it gives the option of a migration path.

But in your shoes, I would have gone the same way...

I have a 7Dii and a RP mirrorless with a Canon adapter so both bodies use the same lenses, the two bodies are complementary and I use them for different photographic situations. The evf on the RP requires some practice for fast moving subjects but the full frame sensor produces great images. I would consider a mirrorless replacement for the 7Dii if it has the same batteries and a crop sensor.
Canon EOS RP & 7D II
Top

Theo1 wrote: ↑
Thu May 16, 2019 6:59 pm
Hi All,
For more than 3 years I have a mirrorless camera, an Olympus OM D 10 II (Micro for Thirds M4/3). Before that I had several Canon digital cameras and lenses. I am more then happy switching from Canon to Olympus. The gear is smaller and lighter and therefore much easier to carry with you. The only thing missing is the continuous autofocus. But if you know the camera you still are able to get action shots with it. The more expensive Olympus OM D 1 II or X have a far more better (continuous) autofocus system.
If you are interested in what you can achieve with these kind of systems then you might want to check out my Flickr account.

You have an impressive set of images Theo. I have the e-m10 mk1 and the Oly 75-300 but have gotten nowhere near as good as your shots.
Could you advise how you set up your AF/settings and which shooting mode you prefer?

Thank you for your kind words.
I use the following settings for my camera:

Select center AF point.
Turn ISO 200 (or higher depending the weather/action)
With the Oly 75-300, f8 gives the best sharpness so I try to keep it there, if possible.
Select S-AF mode.
Use mode A (aperture-priority mode)
Turn IS 2 (only for vertical mode)
Turn off face detection.
Disable the “touch-screen” function of the rear monitor display (so the monitor will not react when touching it)
Pre focus for more precise timing for that perfect moment.

After shooting I load my images in Lightroom for adjustments, horizon and framing. I seldom use extra sharpening or other tricks. I shoot in Jpeg.
And yes sometimes I miss some action shots because my camera can’t response that quick to the action but that’s a thing I can live with. For landing aircraft you should not have any problems with above mentioned settings. Just keep tapping the release button half-way so the camera focuses on the plane and press the release button at the right moment.

Thank you kindly for sharing your experience. I will have to give these settings a try next time I am out.

I see Nikon have introduced a more 'affordable' crop sensor Camera to the Mirrorless market - the Nikon Z50. You can buy an adaptor so that existing F-mount lens can be used.

However, I like the idea behind Mirrorless i.e no mirror slapping down to introduce vibration plus metering and focus directly off the sensor as you view the target.

The other thing about a crop sensor ( aps-c) is that in theory you are only using the sweet spot of a full frame lens ( if one is attached).
Top

I'm in the process of jumping ship, switching from a Canon 1DX to a Fuji X-T3, the reason was a lighter camera, the XT3 being 1kg lighter than the 1DX. Makes a difference on my back that's for sure.
The jury is still out, I've been shooting with an old kit lens and an unstabilised zoom that I use on the XPro1 but so far I'm happy.
I've yet to give the AF a good work out on the new stabilised lenses.
(Please excuse the civvy nature of the pics, Lossie is such a long way away to be travelling at this time of the year)
The 50-230mm zoom lens 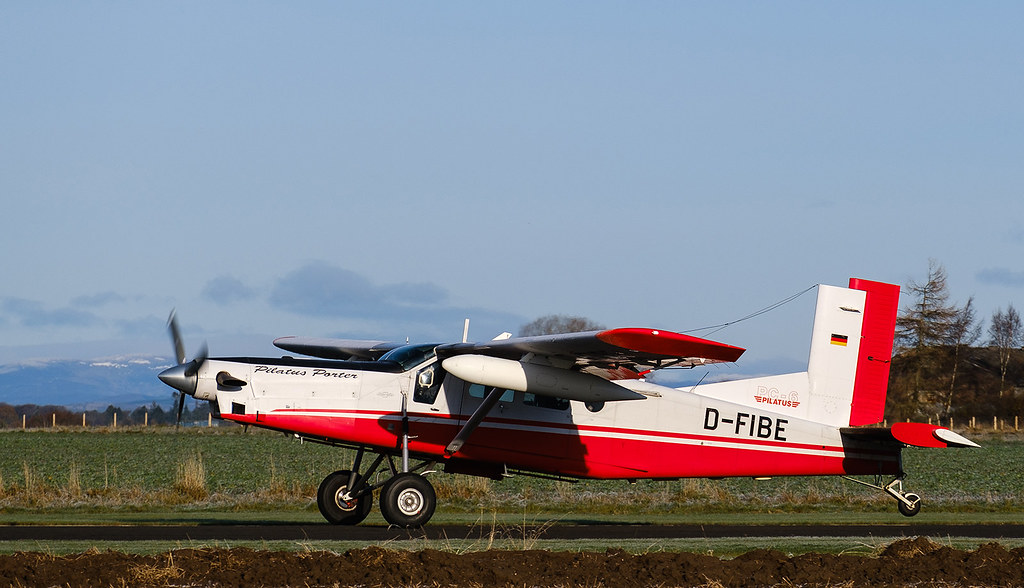 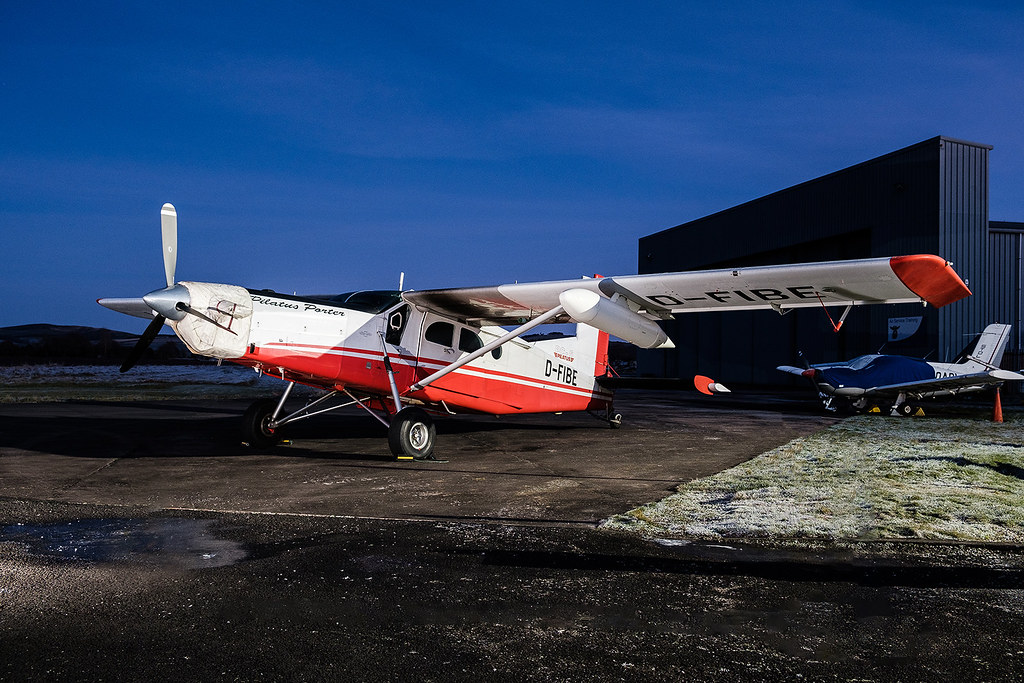 D-FIBE PC-6, Scone by Wallace Shackleton, on Flickr
There's noise in the night time pic, I was still reading the manual at the time and I fear this one was more on P for panic than M for manual.
Top
Post Reply
50 posts

Return to “Photography Q & A / How to post photos”

Users browsing this forum: No registered users and 10 guests