10280 had quite a career after being converted back to a straight tanker , ending up as a KC-135R

Would really like to see them , or even in any fit/scheme Over to you

Yes I too have seen them all

, still going through my slides so may have some in various guises

Yes I too have seen them all

, still going through my slides so may have some in various guises

Do you think it is

Oh for all those different types now!

Sorry Graham , think I confused things , I know its an ex Combat Lightning frame , but do you think it is taken at Fairford ???

Thats the one...right part of the world , wrong box

Bear with me as this is the first time I've tried posting photos on here from Flickr! 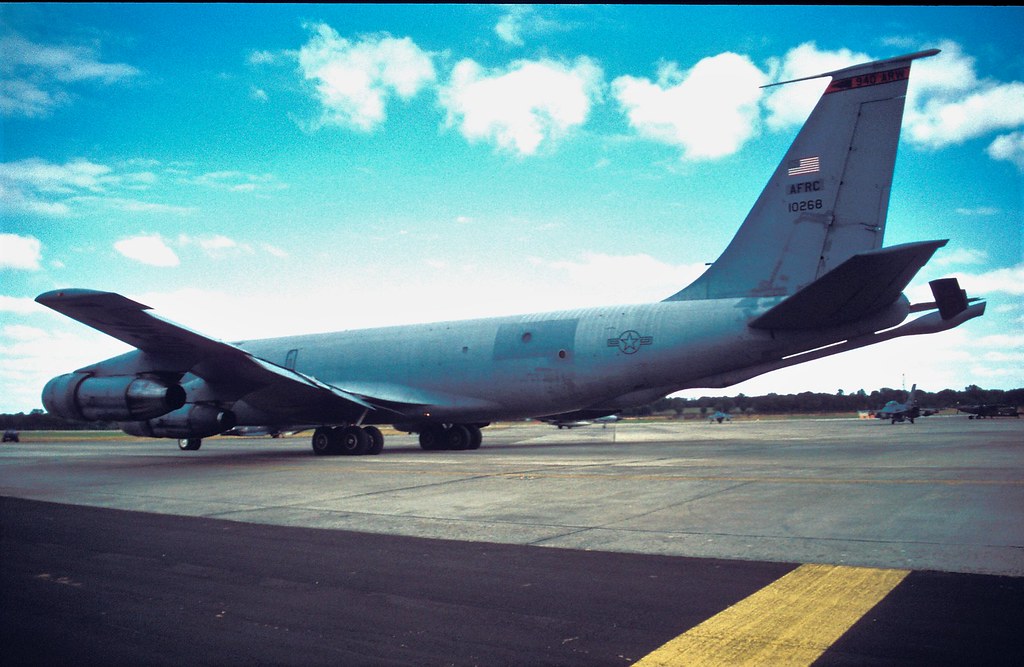 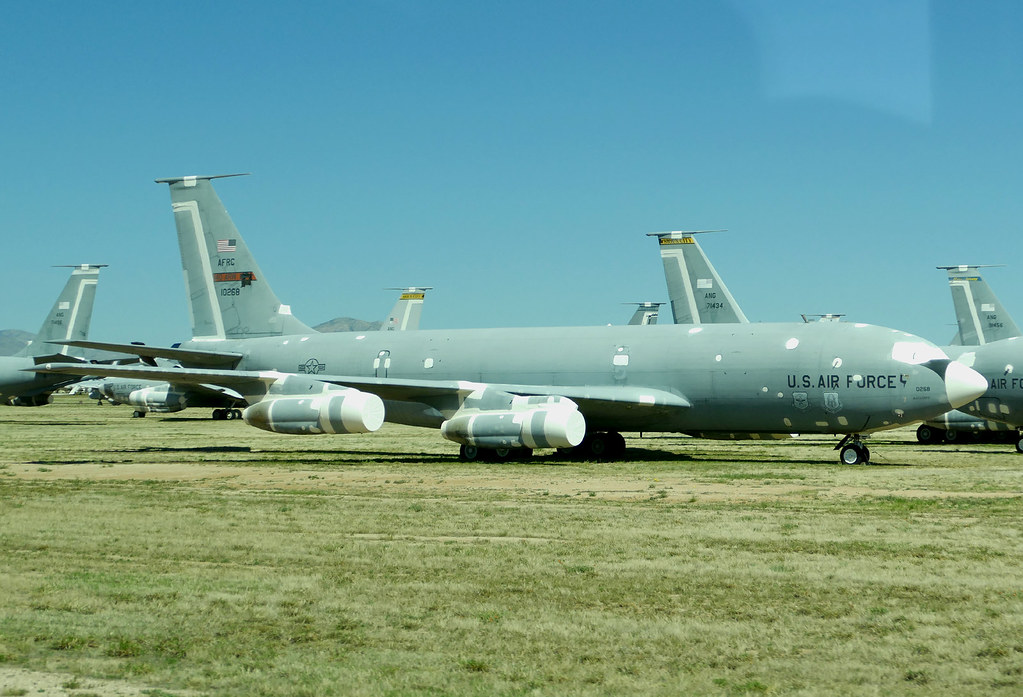 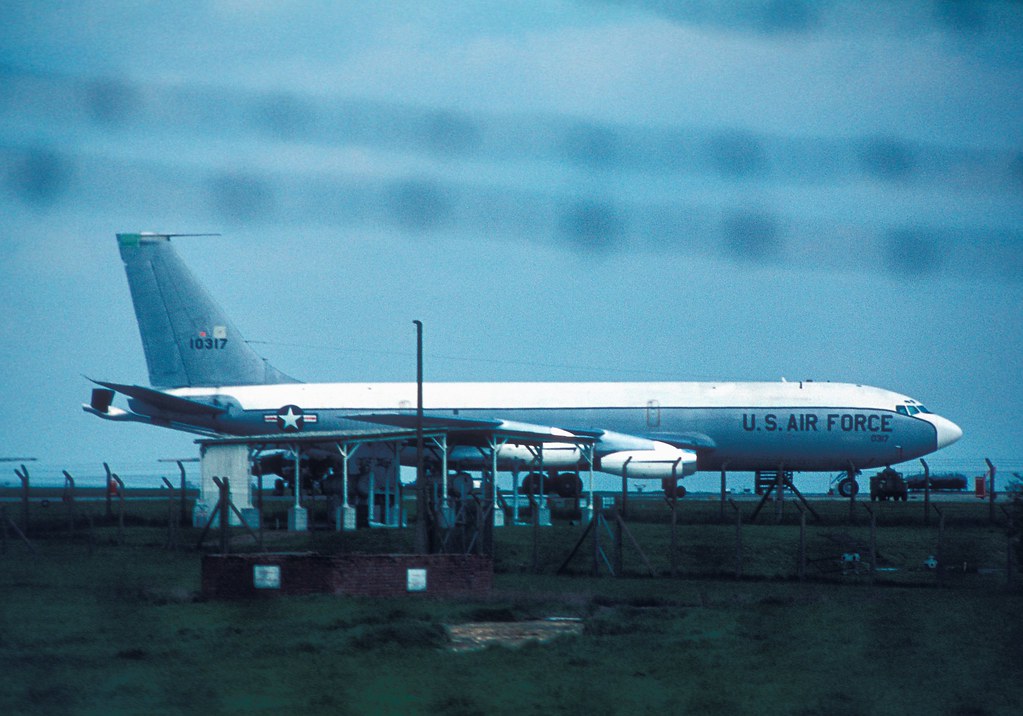 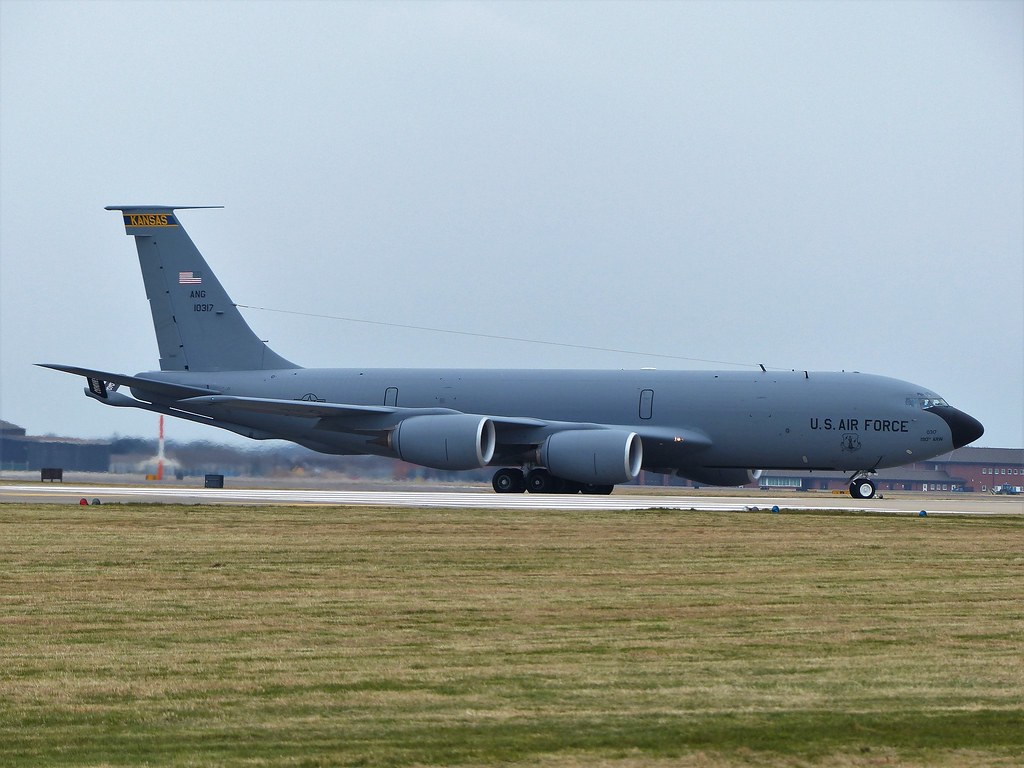 A quick skim through the Hoskins KC-135 book shows nothing special about 61-0317 apart from it's later conversion to KC-135R - It was a quick skim, so no guarantees I didn't miss anything though, but it appears only to be mentioned in the production/conversion table at the end.
.
.
EDI Spotter since 1958 (When it was RAF Turnhouse)
.
If you are impatient, all of my photos are at https://www.flickr.com/photos/elaref/co ... 913377036/
Top

What a gem of a picture - not seen 10317 in that scheme before. What it was doing at Upper Heyford is a mystery because it was a long way from home - home being PACAF's 6486 Air Base Wing (later the 15ABW) at Hickam AFB. As a KC-135A I believe it was the transport for the C in C PACAF.
Top

That's a great shot of 61-0317 at UH. Very interesting. According to Rob Hopkins' latest KC-135 book (page 144), 61-0317 'was unofficially referred to as a VKC-135A'. As Graham correctly states above, it was indeed used by C-in-C Pacific based at Hickam. It was returned to a pure AAR role in 1973. Agreed that other than the paintscheme it looks like a bog-standard KC-135A, however there were quite a few differences internally. According to the Hopkins book the aircraft were smartly configured with decent seating, a comms suite and other facilities not found in a standard tanker.
https://www.flickr.com/photos/129943417@N08/
Top

Thanks very much to Graham Luxton and Dan Beeden. You have solved a 49-year old riddle and made an old man very happy!

As a bonus prize here's the other photo of 61-0317 I took on that day. What a base Heyford was back in the day! 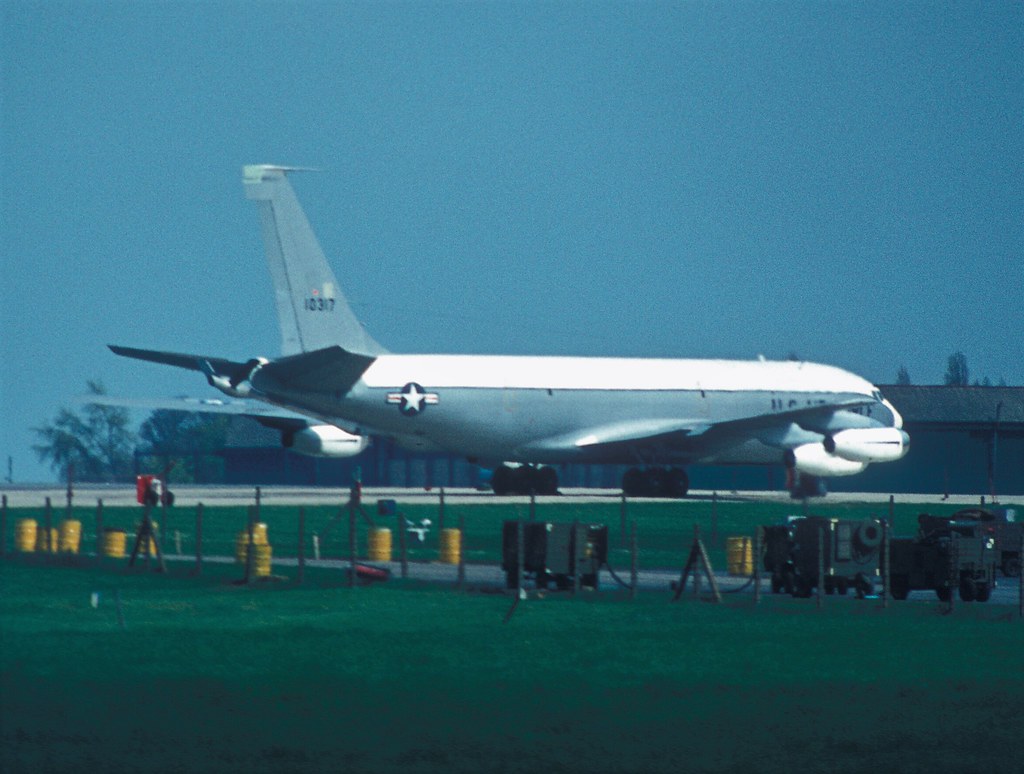 Sorry about the quality, still getting to grips with my slide scanner and couldn't get rid of the dust spots.

Im sure I have more of the other frames, will post when found. 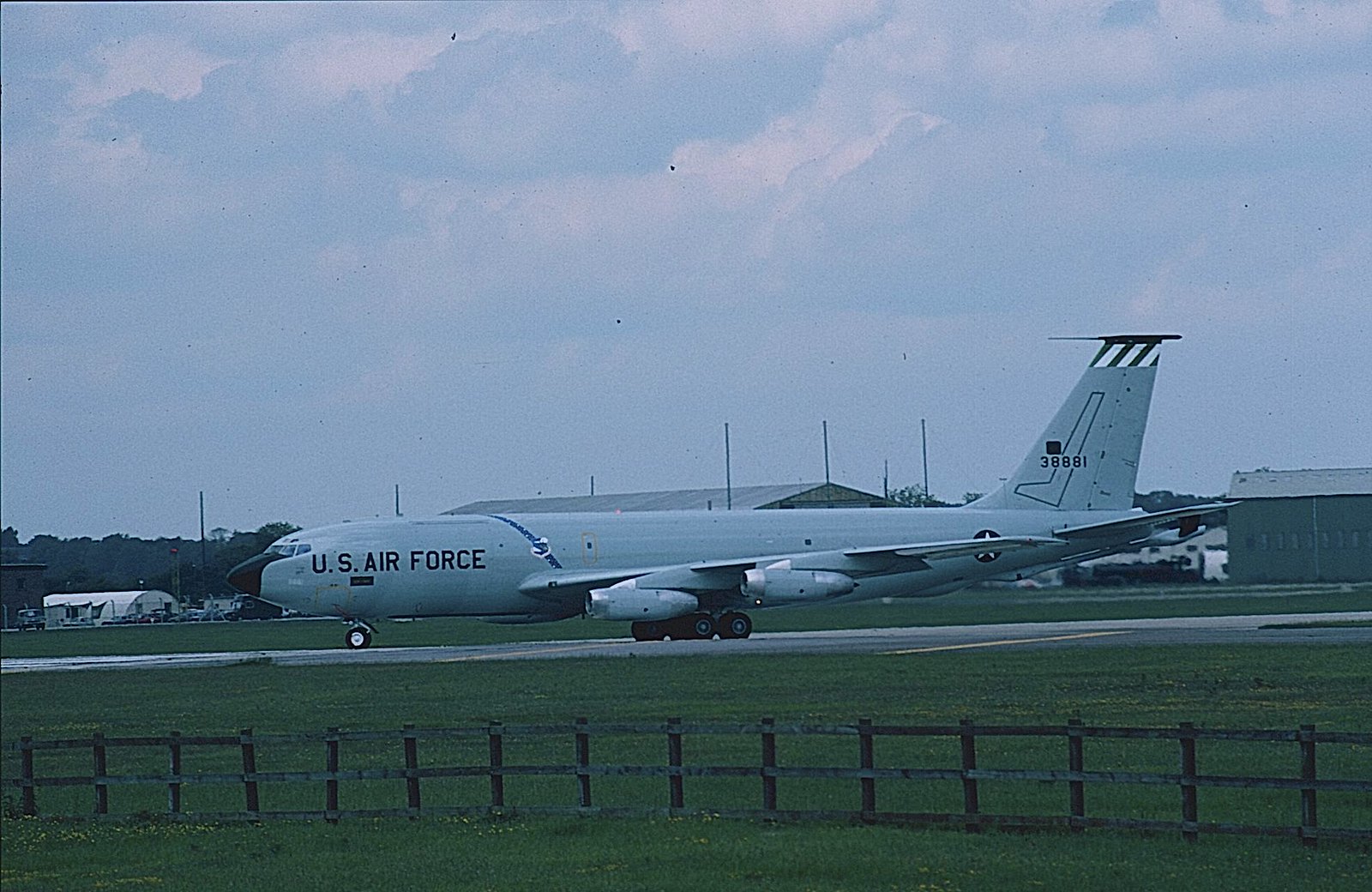 This frame had nose art "Spirit of Yuba City" which is the nearest town / city to Beale AFB, CA where the aircraft was based at the time. 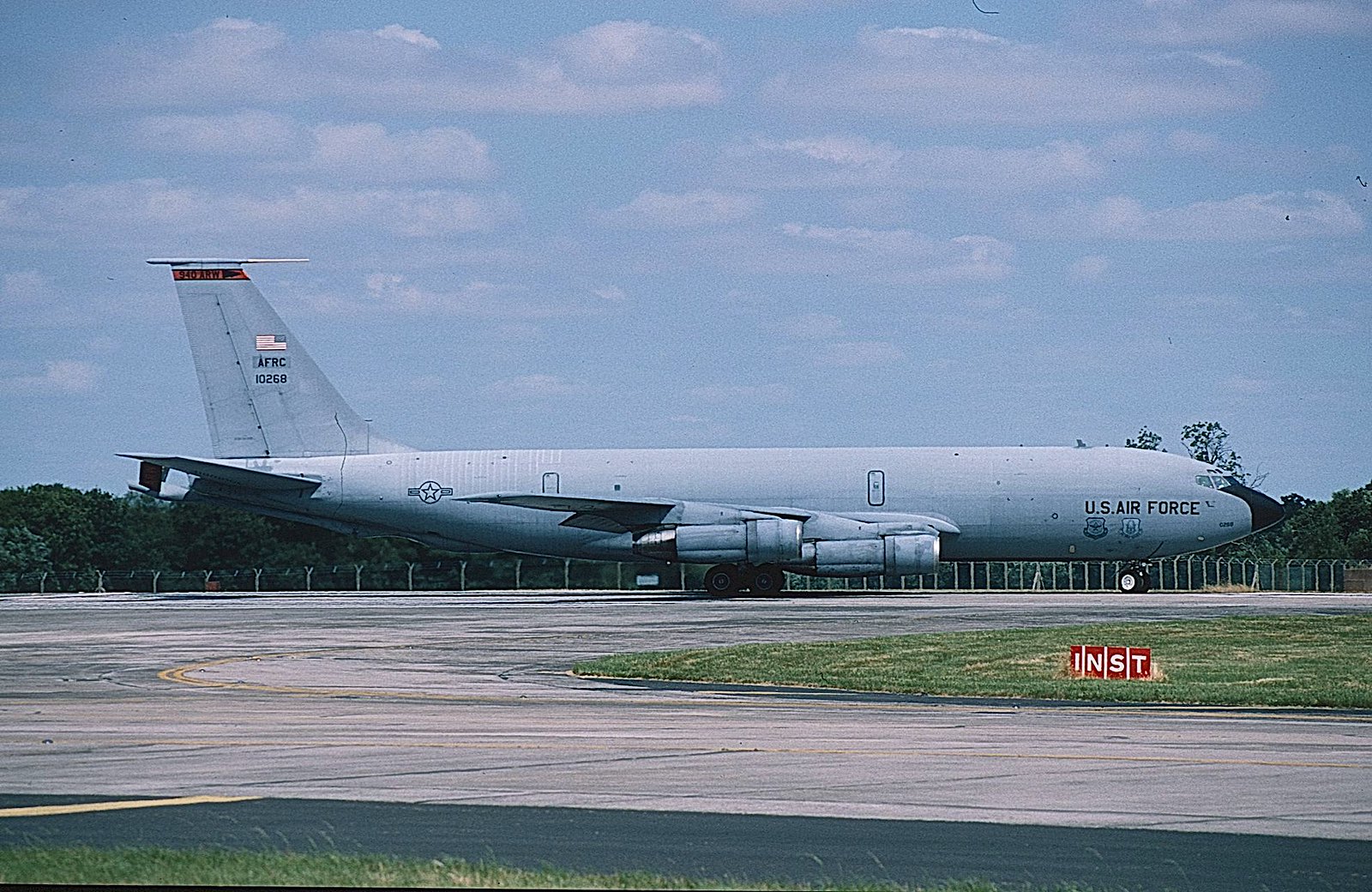 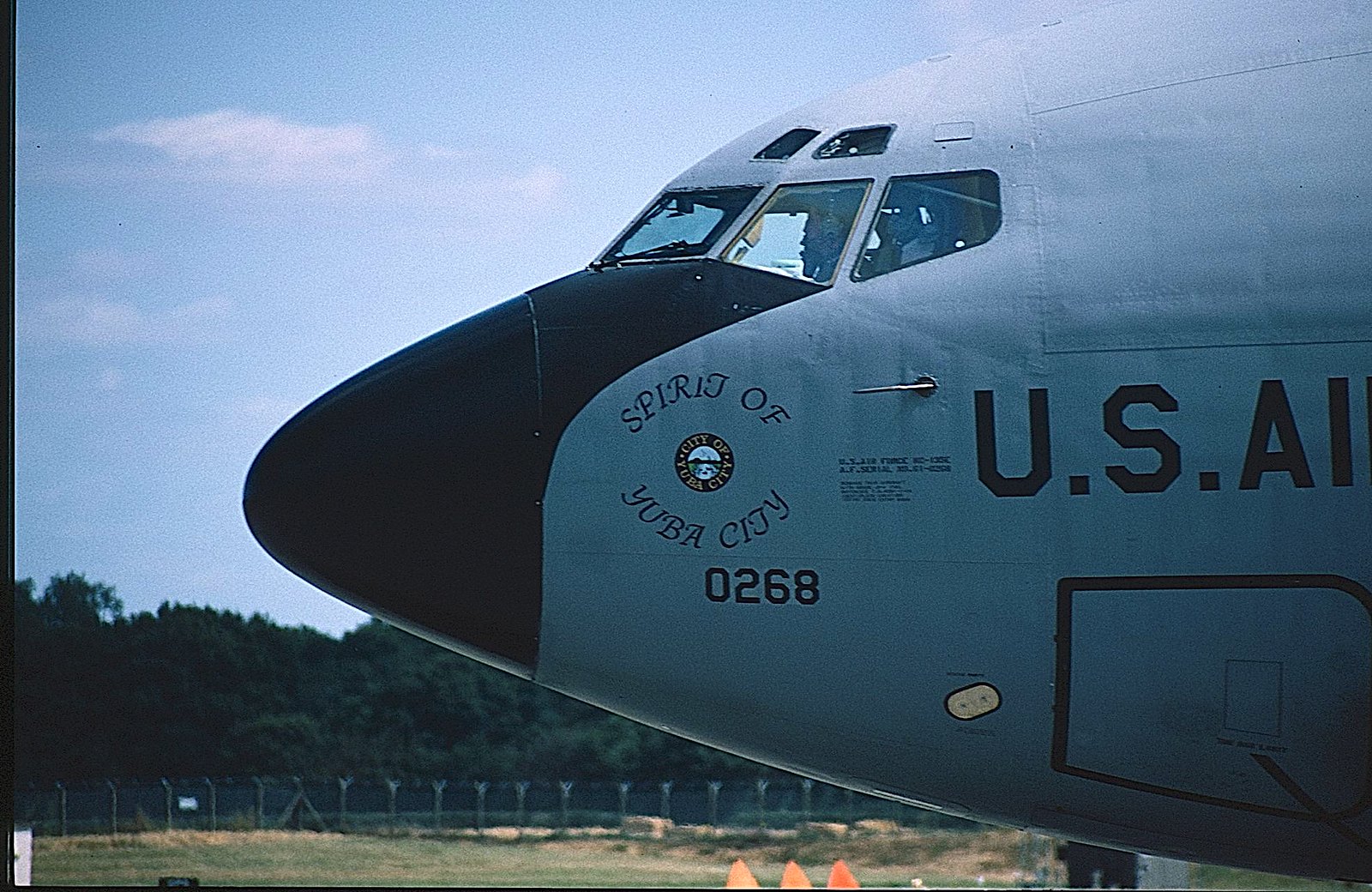 Thanks for all the input guys

Lost all of it external aerials etc as far as I can see. 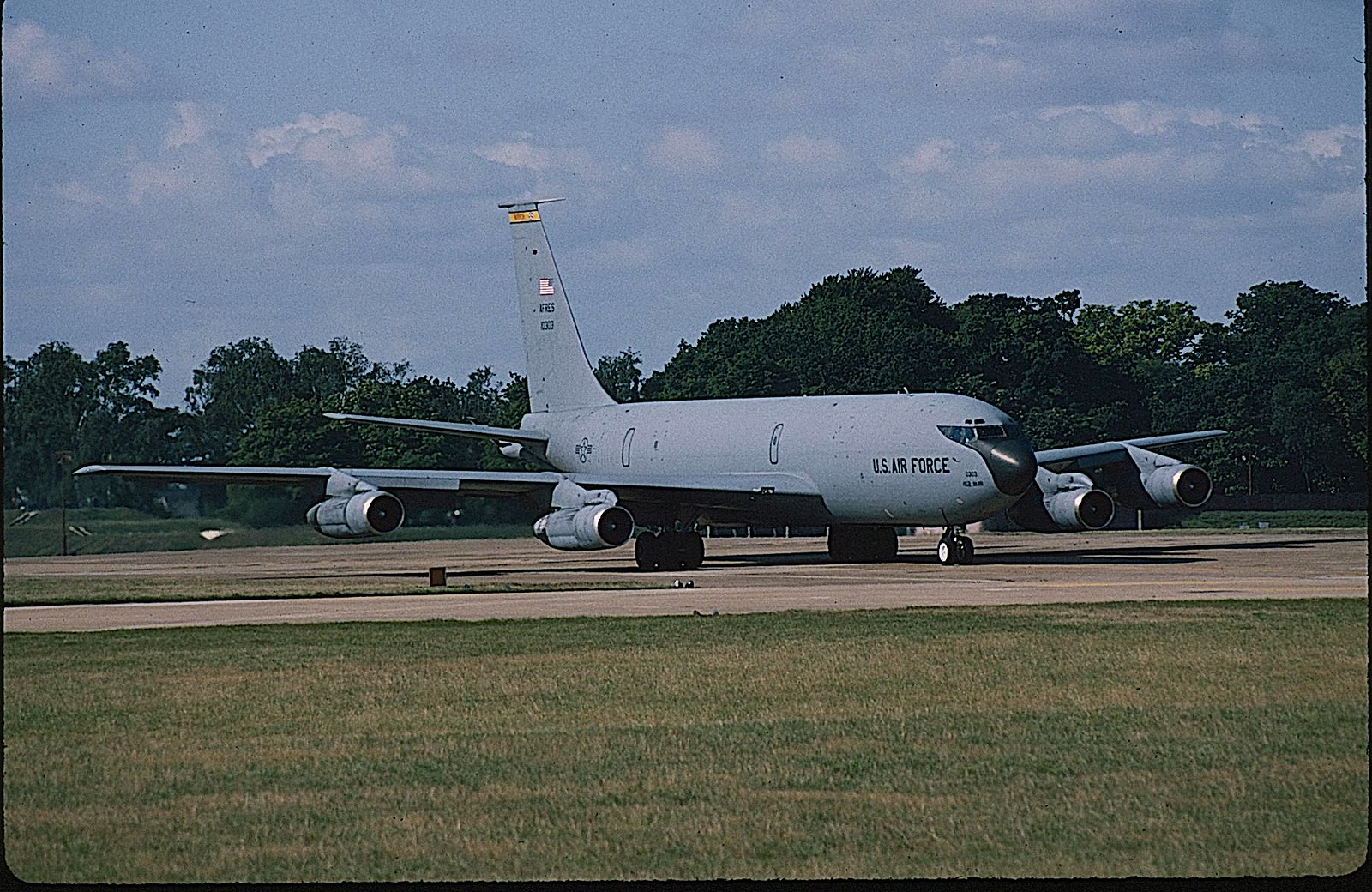 Another one of an ex Combat Lightning Stratotanker, this time in use by the 351st ARS / 100ARW based at RAF Mildenhall. 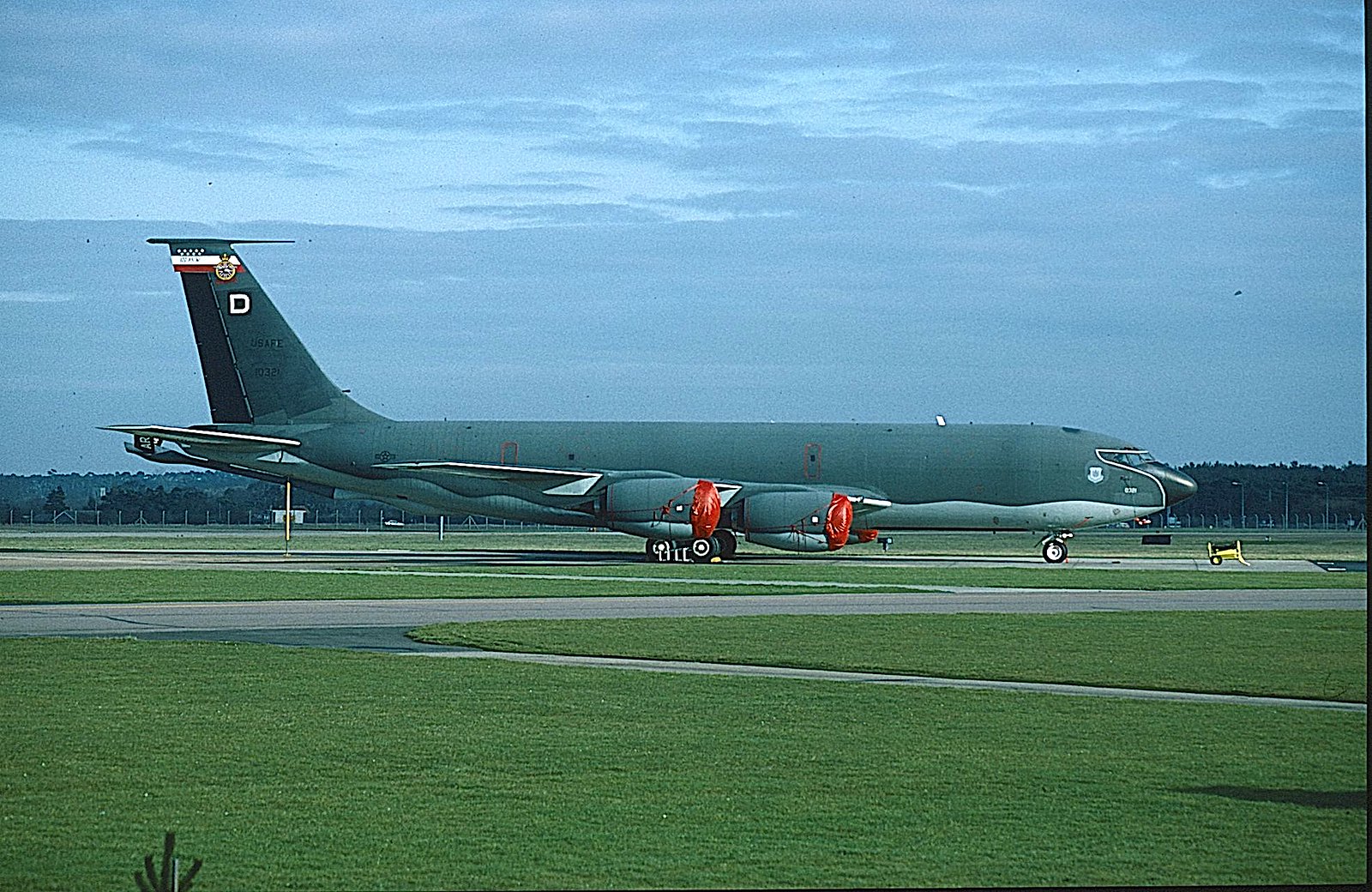