Sparts99 wrote:That sea looks very uninviting, brave to cover all that ocean on one engine. Fascinating pics, is there a written account of the whole journey anywhere ?

It's happening before your very eyes!

Phil's remembered a few more details (and there are some he doesn't want published) and I'll add them with the next update.
Top

I thought there might be a more detailed article somewhere. Do you remember 'B-25s Do Fly In IMC', the documentary about John Hawke ferrying five Mitchell's to the Uk for the filming of 'Hanover Street' ? A bit dramatised in places but gripping viewing nonetheless.
In this world there's two kinds of people, my friend. Those with loaded guns, and those who dig. You dig.
Top

There are some great shots there! Very very nice. Real flying in real aircraft by real pilots.
Martin
Nikon user stuck on JPEG as I am too old to understand RAW processing!

Re: Graf Zeppelin's Trojan Horse to the USA. Pts. 1 to 3 Upd

I've managed to get some more info from Phil about this particular leg of the flight.

It was a testing flight - nine hours in total (about 1400 miles, give or take) with a 50kt headwind! Phil's aircraft developed a fuel leak and, due to some "radio issues" the other aircraft had to climb to altitude to use his VHF radio (his longer range HF set having died earlier in the journey) to call in the emergency.

A PAN was received by Gander and two aircraft (not sure if fixed or rotary wing) were scrambled to try and locate the Fennecs to effect a rescue should a ditching have been required. The issue didn't eventually require anything more than a careful eye on the gauges, and the pair eventually crossed the coast east of St John's.

It was a bit colder by now with a temperature of minus 24 showing in the cockpit, and 2 glass bottles of orange shattered as the liquid inside froze and expanded!

The excitement wasn't finished however, as the sister aircraft only showed two greens when the undercarriage was lowered. A series of fly-bys of the tower resulted in no confirmation that all three wheels had, in fact, let down as the aforementioned headwind had resulted in an after dark arrival and the ATC staff couldn't see through the dark.

In the end, with fuel becoming an issue, a landing was successfully made on all wheels and a sticky microswitch was found to have been the problem.

The next day, when refuelling for the leg to Halifax, it was calculated that Phil's aircraft had landed at St John's with just 9 minutes of fuel remaining...
Top

Re: Graf Zeppelin's Trojan Horse to the USA. Pts. 1 to 3 Upd

Here we go then, the final chapter!

We leap forward a couple of hundred miles to rejoin the aircraft at Halifax NS following the relatively short hop from St John's. 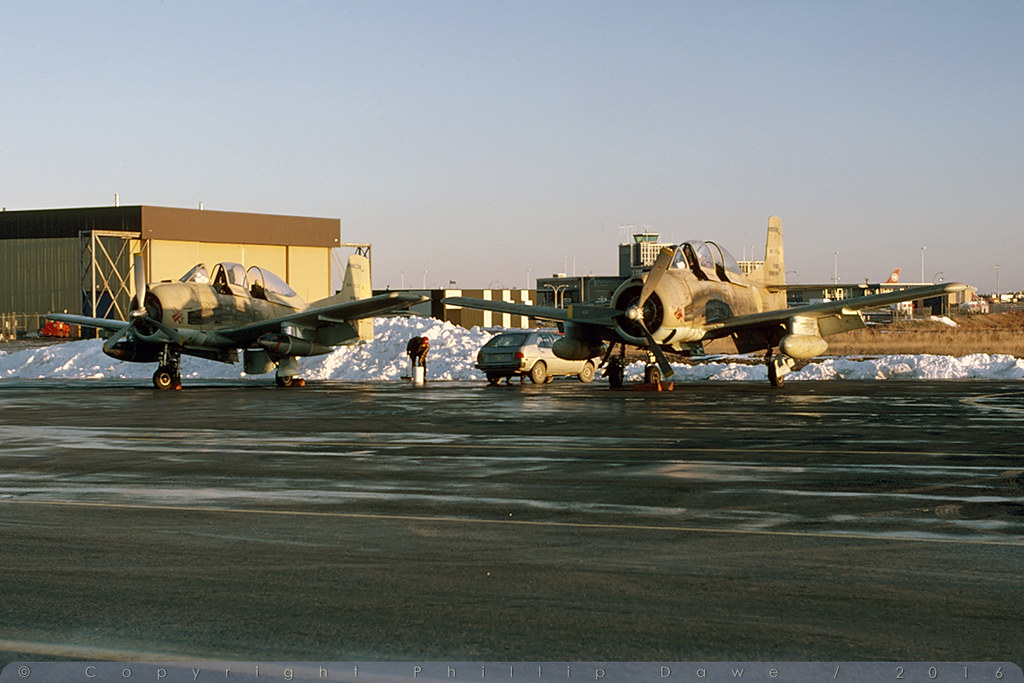 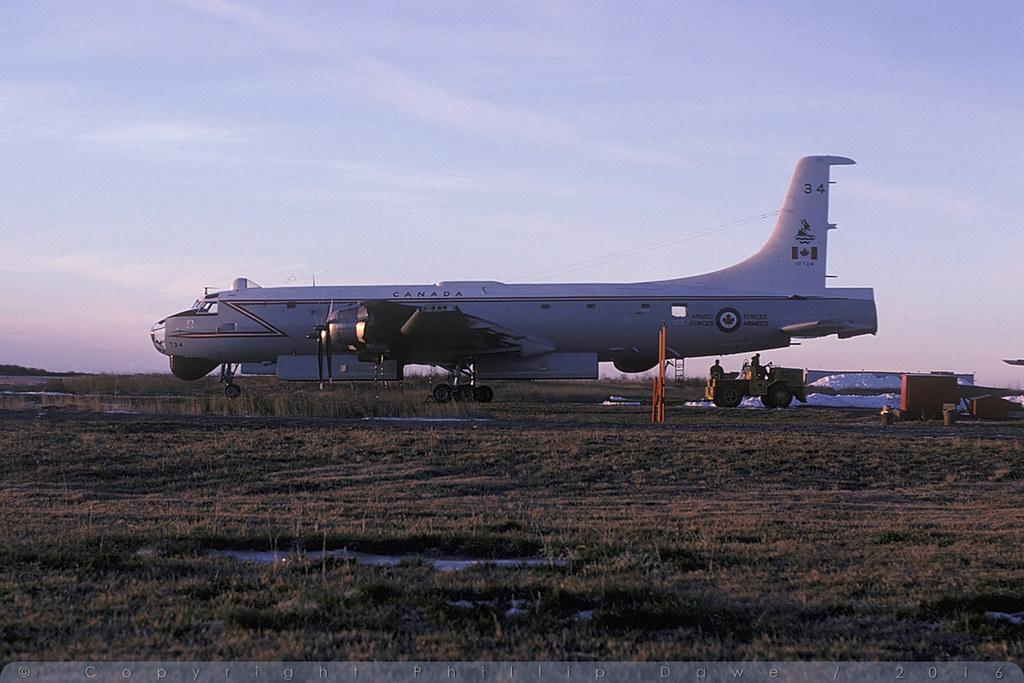 Poor weather had delayed the pair for a couple of days, but once airborne, the pilots were determined to enjoy a decent view of the Canadian wilderness. 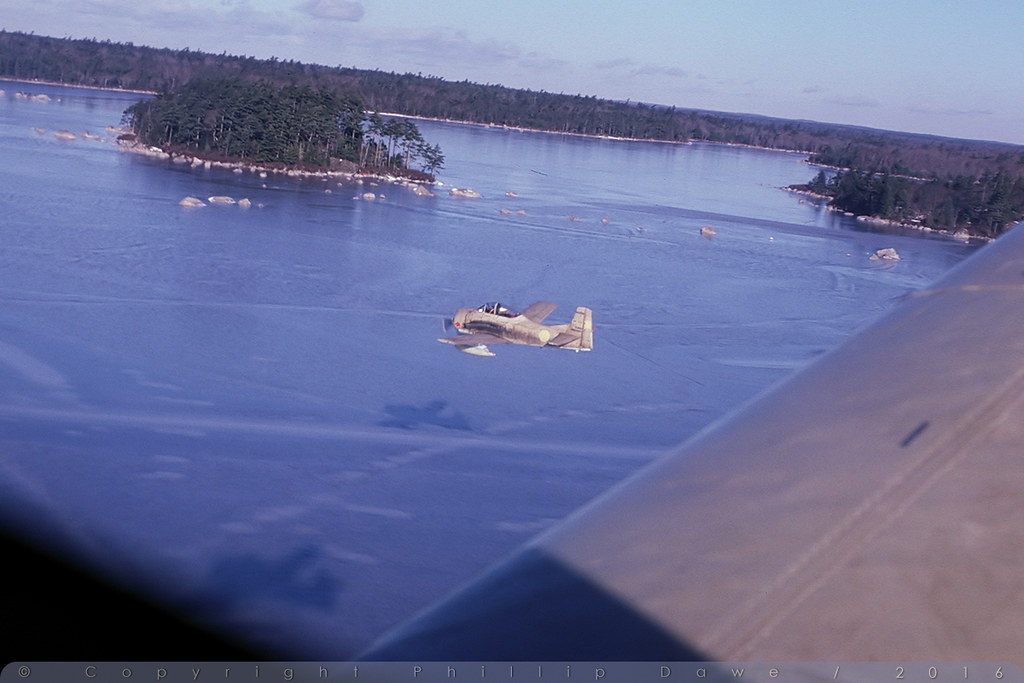 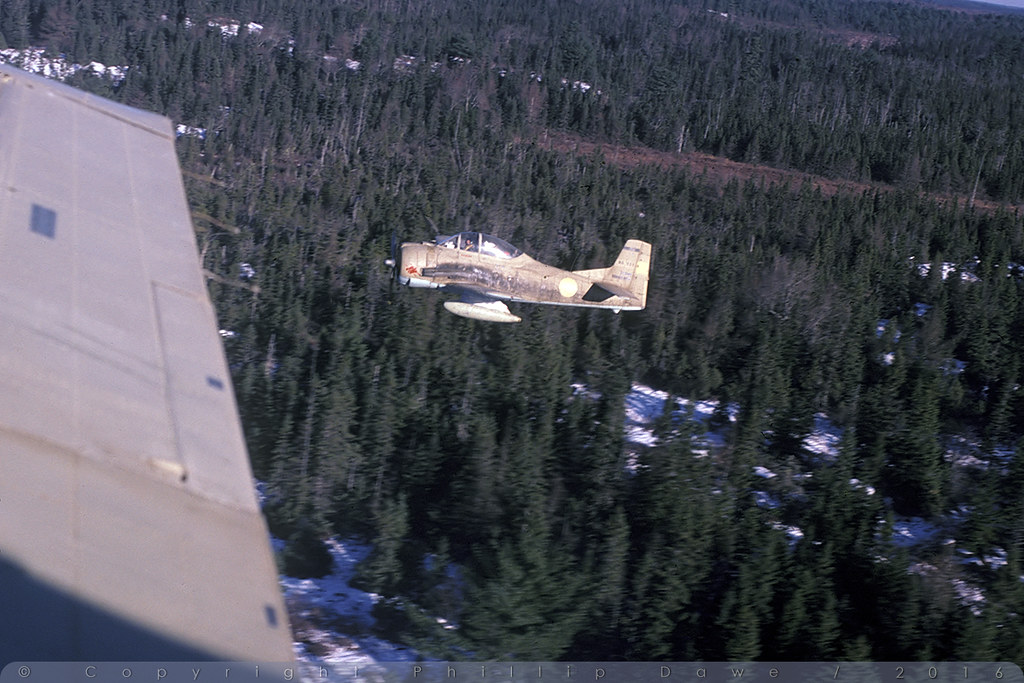 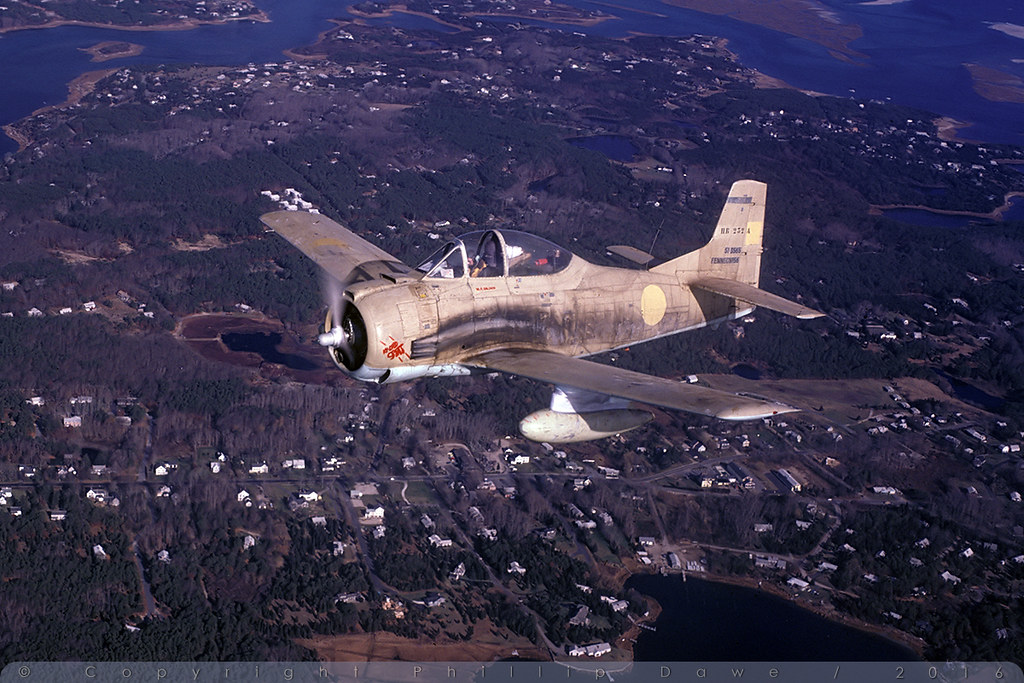 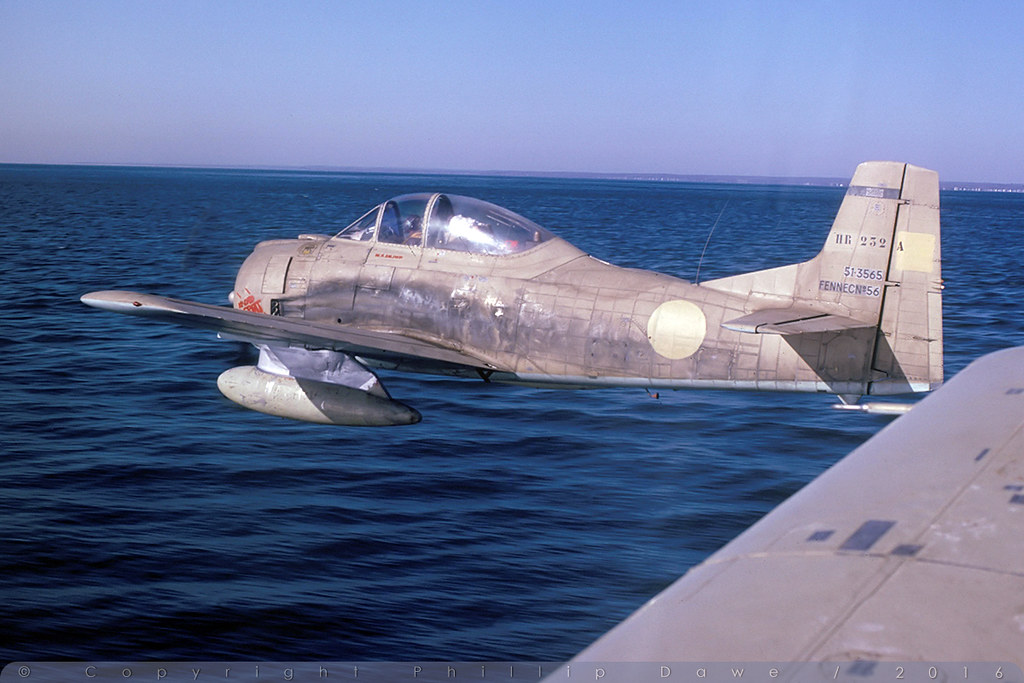 It was during this leg (near Cape Cod) that Phil was at about 1,000ft when flew over a US Coast Guard Grumman Albatross which was just taking off from the water!

To add a unique moment to the end of the trip, a meeting up had been arranged between the solo pilot of the other Fennec and an old friend who was serving in the US Army. The Fennecs flew along the Eastern Seaboard to Atlantic City and then turned north with the Huey in tow, using the distinctive sandy peninsular of Sandy Hook as a navigation aid. 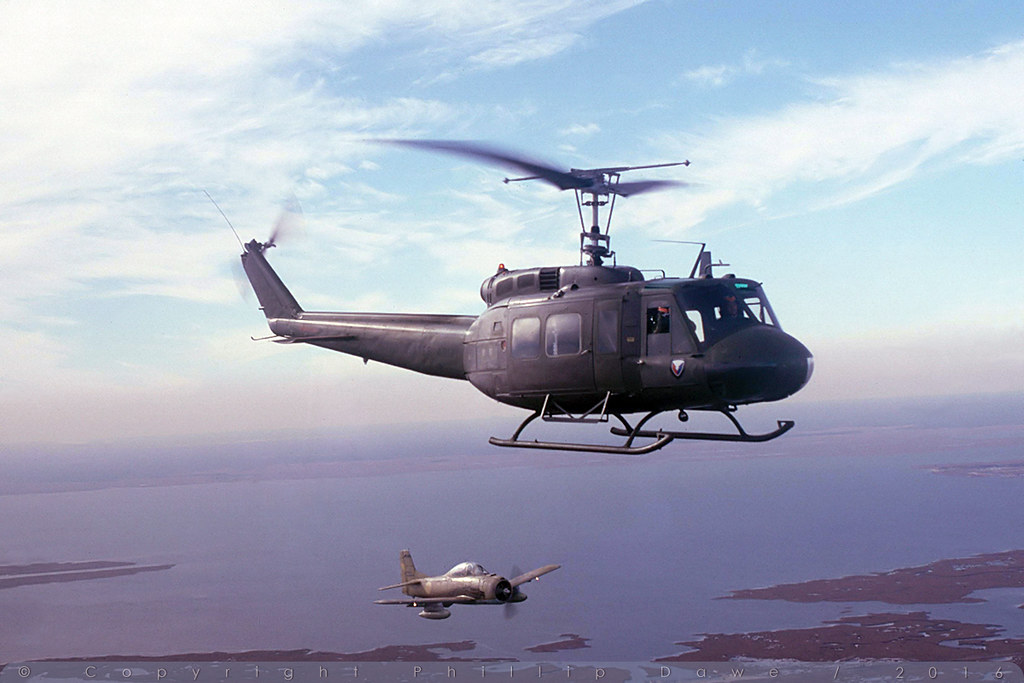 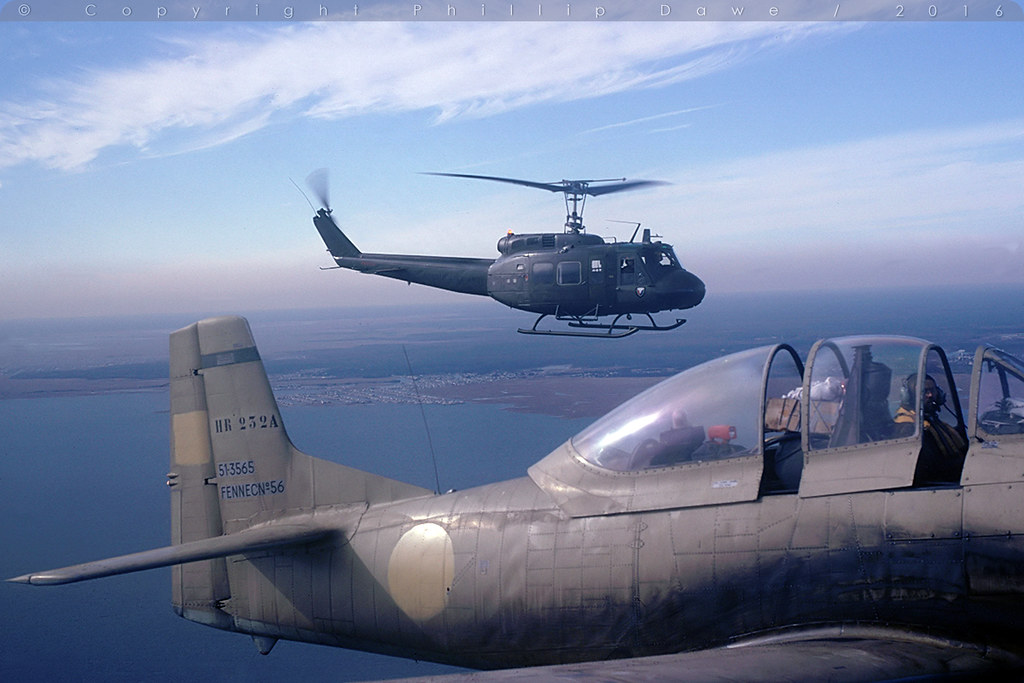 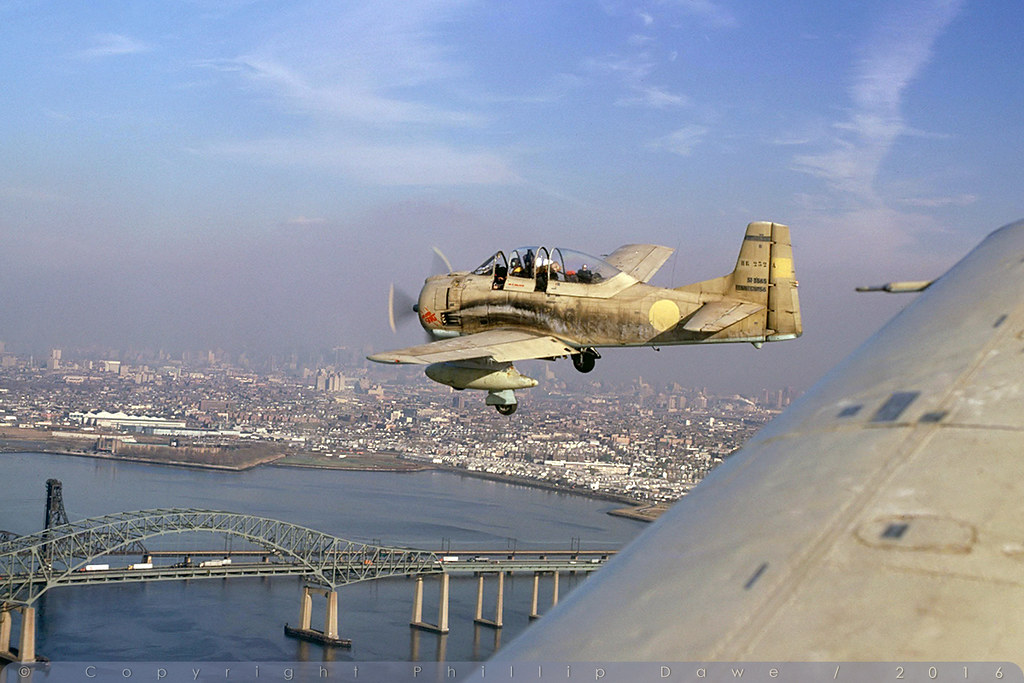 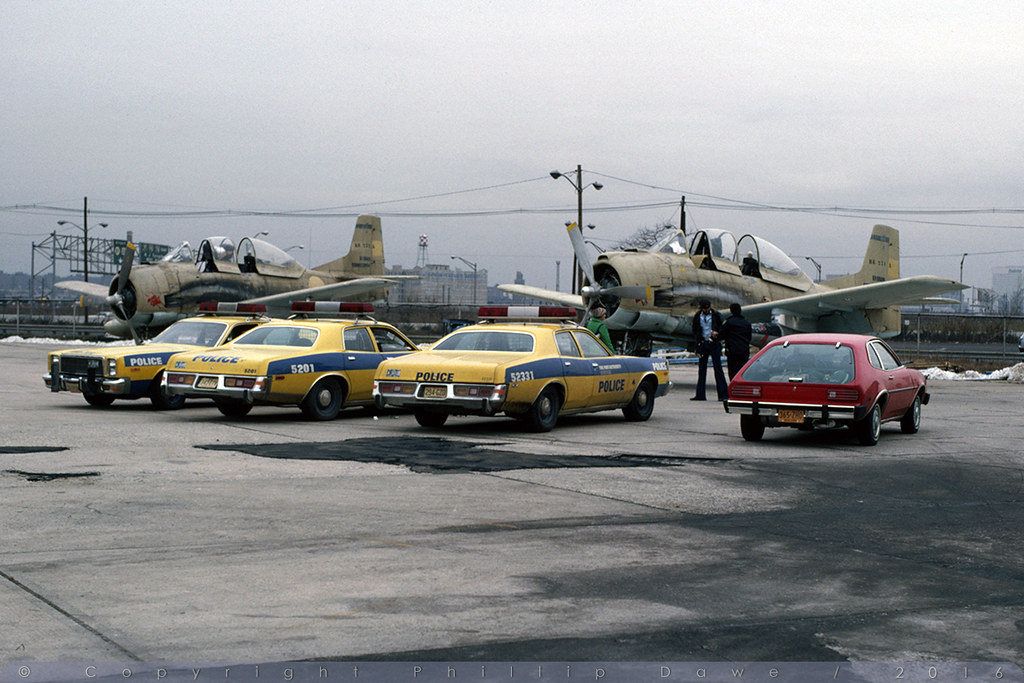 During the flight over Canada, the solo Fennec unintentionally collected a souvenir of the flight - the top of a snow-covered pine tree which the aircraft had hit with one of the underwing tanks 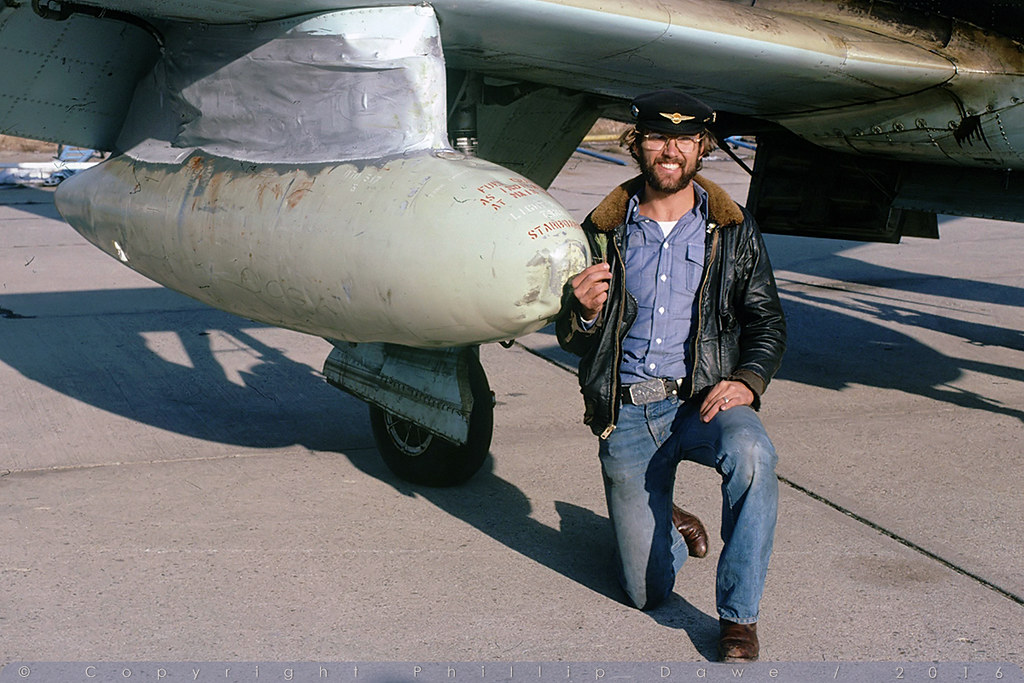 And it's at this point that Phil and the two pilots parted ways with the Fennecs as a series of paperwork wrangles took some time to sort out. Neither eventually made it to Honduras and ended up as warbirds on the civil register.

Here's a couple of bonus items: 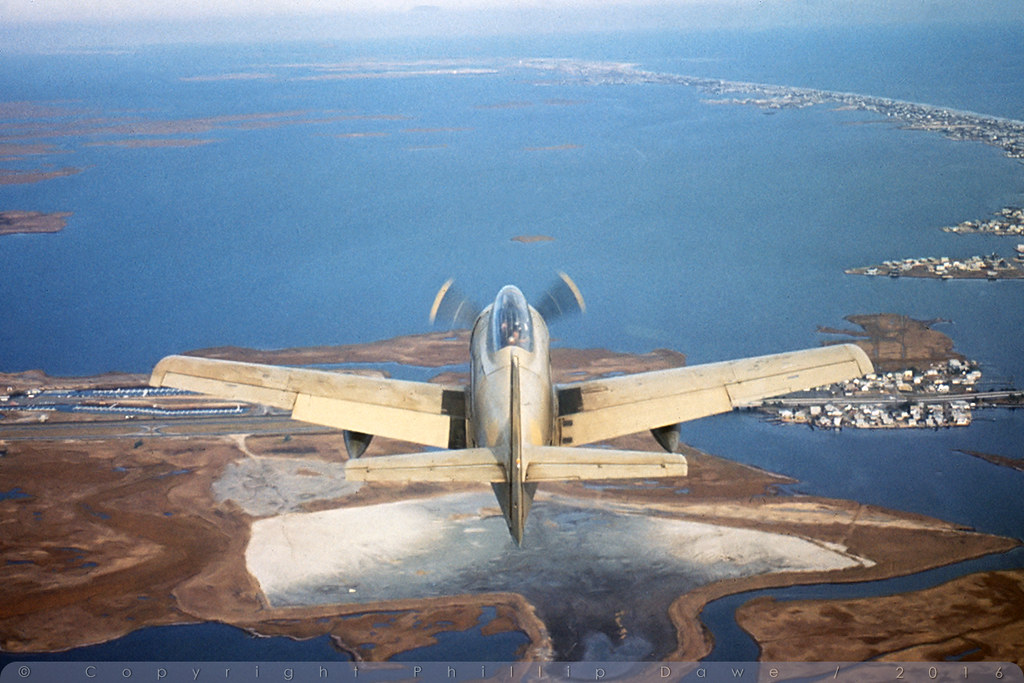 And here's Phil taking some cinefilm of the Huey taking a picture of him... 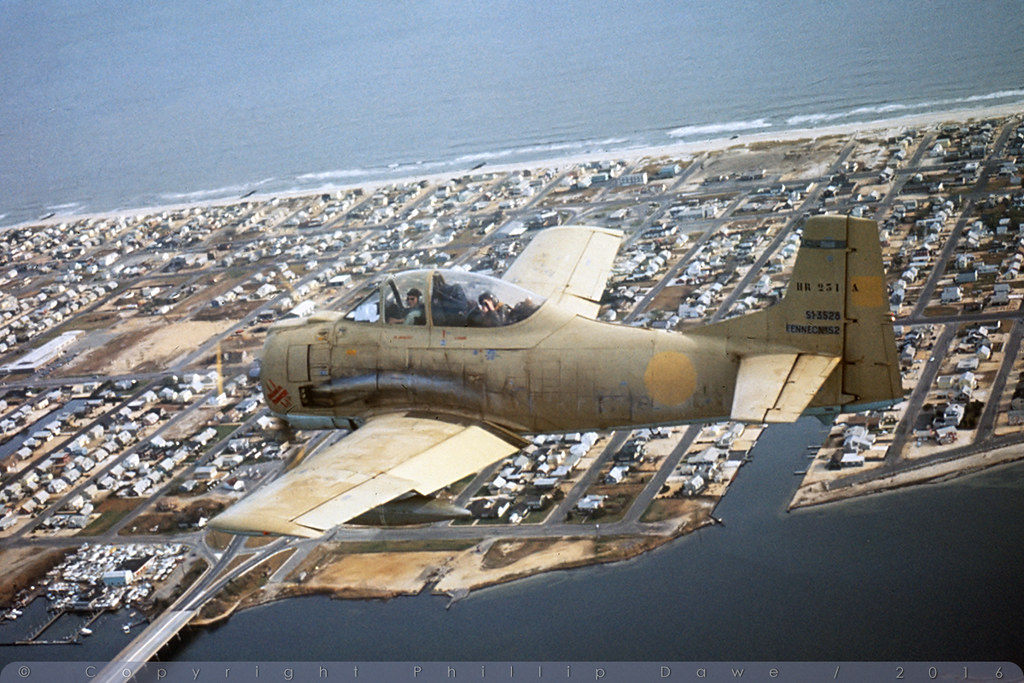 Been following this story and hat's off to the pilots for completing the journey . Great story and photo's , hope to see more like it .
Regards Steve............

Thought I'd wait until the end to comment, fantastic series of images that have stood the test of time, some of the air to air images are incredible.

Sorry for being a little late to the party, but this is a very interesting photo story regarding an early warbird recovery. I note that the documentary "Mitchells do fly in IMC" is mentioned here. You might notice that the intrepid aviator with glasses and hat flying T-28 "Kindred Spirit" is Bill Baldwin who flew B-25 Tokyo Express (later Big Bad Bonnie) to Europe. I have a feeling the guy in yellow shirt and hand pump trolly is Mike Wright who also flew a B-25 (silver plane) in that same operation. Would he by any chance be the other pilot who flew the T-28s across the Atlantic? These photos don't tell. Wright probably have the distinction of being the individual having flown the most diverse types of warbirds across the Atlantic post- war.

As for John Hawke's involvement, he was one of the guys behind Euroworld Inc./ Visionair intl. who owned the Moroccan T-28s. Possibly in co- operation with Dave Tallichet and his MARC. Ownership/ partnership seems to be a little blurred between those outfits. The Zairean T-28s were a Euroworld recovery, and I think the late "Sally B" owner Ted White was involved as well. In fact I think he ferried one of the T-28s to Europe with an aim to keep it.

Thanks again for sharing these photos. Priceless!

As for John Hawke's involvement, he was one of the guys behind Euroworld Inc./ Visionair intl. who owned the Moroccan T-28s. Possibly in co- operation with Dave Tallichet and his MARC. Ownership/ partnership seems to be a little blurred between those outfits.

I was a member of the groundcrew for Tante Ju, the CASA352 that John Hawke operated on the airshow circuit in 1984 out of Rochester. There was some bad blood between David Tallichet and John, I can't remember if I was ever told the details but knowing how John worked I'm not surprised things were a little blurred as you say. Biggin Hill is my local, I remember seeing the T-28s up there.
In this world there's two kinds of people, my friend. Those with loaded guns, and those who dig. You dig.
Top

Only just picked up on Phil's story/photos as I have been off sick for a while.
Seeing the Biggin Hill post of 1978 shots reminded me of a far earlier shot of mine.
Taken after a trip back from the1963 Paris airshow at Le Touquet,French version of theT28 the Fennec. 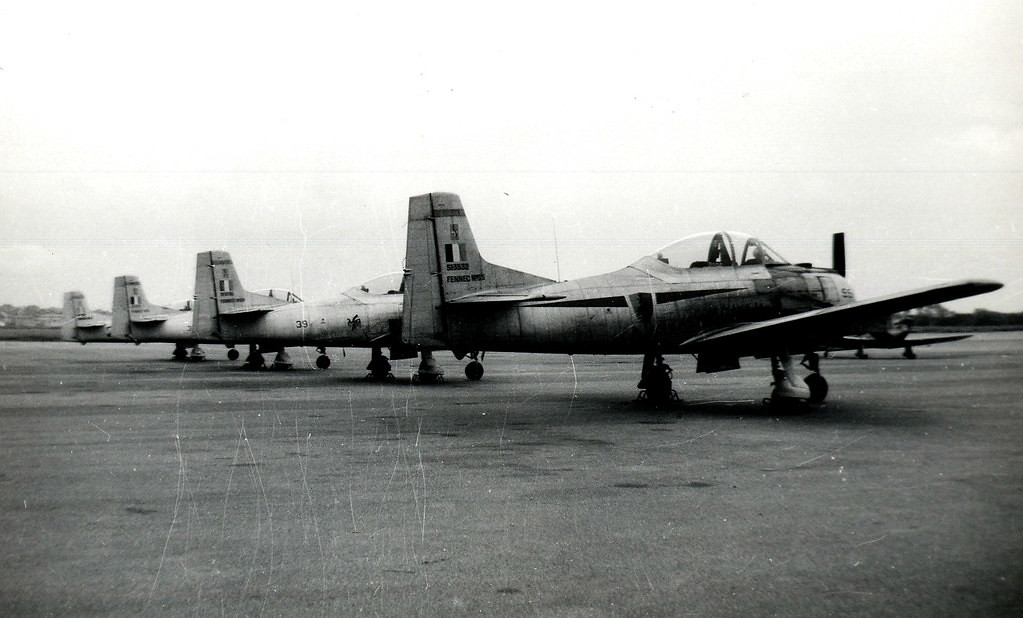